Inciweb information was updated: 2 days ago 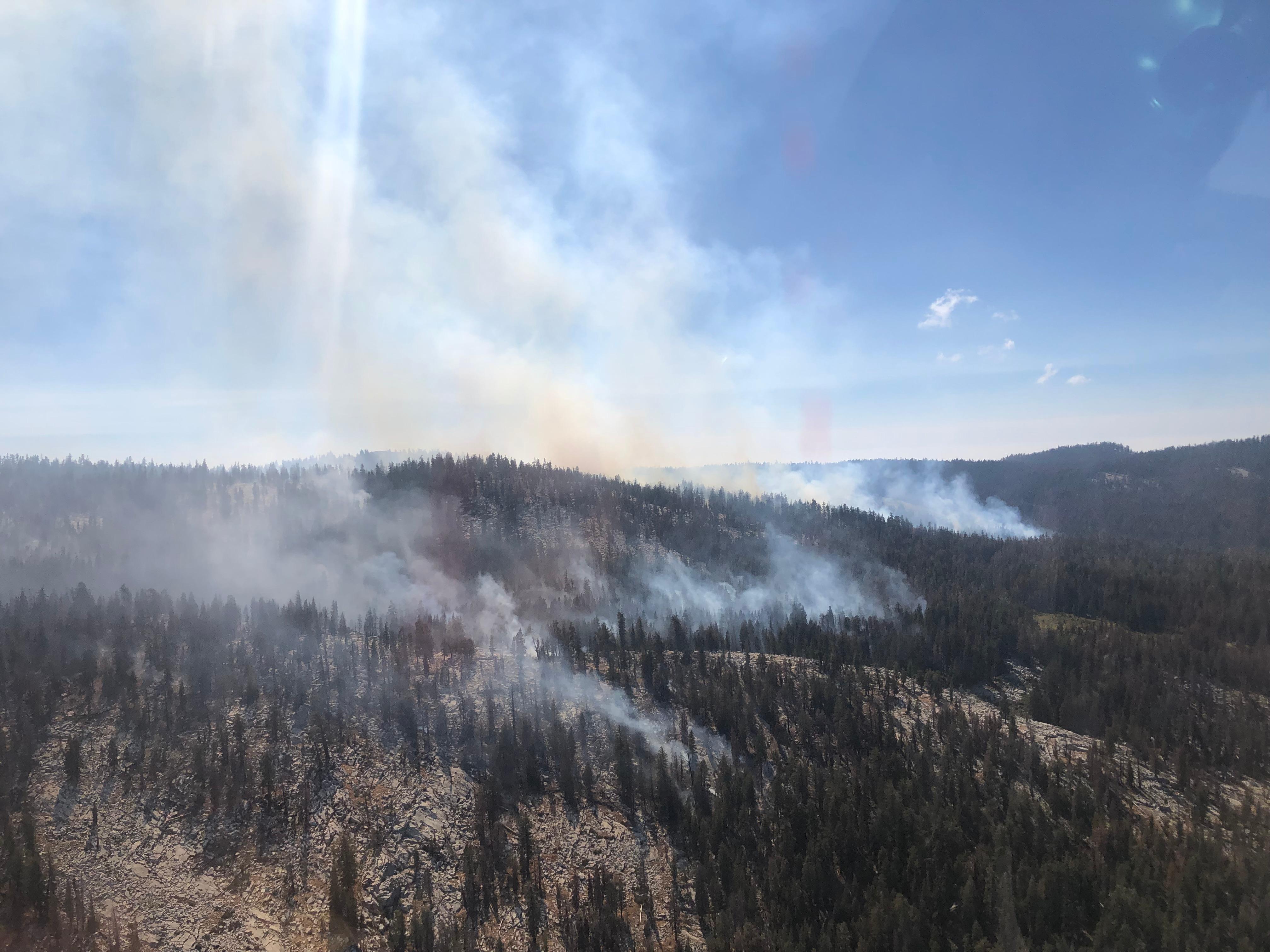 The Summit Fire was ignited by lightning and discovered on the afternoon of August 3, 2022. It is burning at an elevation of approximately 9,000 feet in southern Sequoia National Park. The fire received significant moisture and showed little to no growth until August 23. Growth since then has been moderate. The fire is located in an area with recent fire history, including the 2020 Castle Fire.

The fire does not currently threaten any people or infrastructure. However, fire managers have decided that the best way to manage risk in this situation is to suppress the fire using an indirect strategy. This indirect strategy protects firefighter safety by allowing them to engage the fire from favorable terrain, takes advantage of existing burn scars and natural features, and limits impacts to land managed as wilderness.

Beginning September 8, low intensity backfires were ignited along trail systems, the edges of green meadows, and fire scars to strengthen these areas as containment features, and then consume fuels between them and the main fire. Ignitions were completed on Saturday, September 17. Currently, the fire is being monitored and patrolled from the ground as well as via aerial reconnaissance, as fuels within this perimeter continue to be consumed. Monitoring and patrolling of containment lines is expected to last for several weeks.

Smoke may be visible from areas along the Hockett Plateau. For updates about air quality and smoke production, visit Fire and Smoke Map (airnow.gov)

Planned Actions
Low intensity backfires have been ignited along trail systems, the edges of green meadows, and fire scars to strengthen these areas as containment features, and then consume fuels between them and the main fire. Ignitions are complete. Firefighters are patrolling the perimeter of the fire as interior fuels continue to be consumed.
Projected Incident Activity
Securing and holding containment lines. Fire spread expected to be minimal.