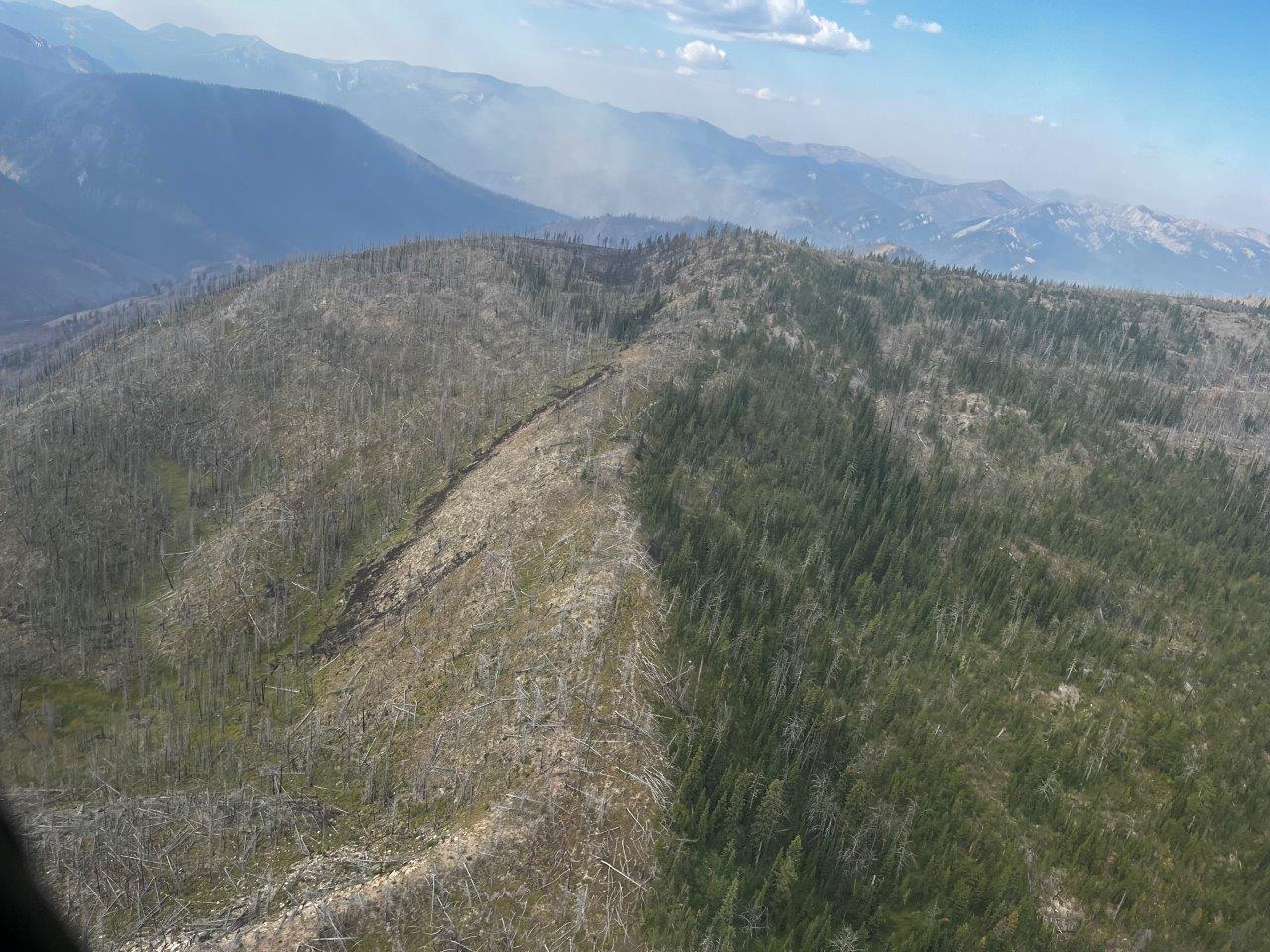 The Ursus Fire was reported on 8/25/2022 and confirmed on 8/31/2022. It is burning on the south side of Rapid Creek at the base of Ursus Hill, approximately 1.5 miles up the Rapid Creek drainage. The fire is located in the Bob Marshall Wilderness on the Spotted Bear Ranger District.

The Ursus Fire originally showed primary growth to the east, but it has since reached the 2012 Elbow Pass burn scar which should act as a buffer to slow the spread of the fire in that direction. It was originally reported that the fire crossed the Continental Divide on the Helena-Lewis & Clark National Forest near Observation Pass, but a reconnaissance flight from the Rocky Mountain Ranger District on 9/7/2022 determined there was no observable fire east of the divide. As of 9/12/2022, the fire has steadily grown along the north and south flank of the fire; heavy wide-spread smoke across the area has affected the temperature and amount of solar radiation reaching the fire.

A point/zone protection strategy will be implemented by the Spotted Bear Ranger District to protect both the Danaher and Basin Administrative Cabin sites, and to prevent the spread of the wildfire outside of the Wilderness. Four personnel from the Spotted Bear WFM were inserted into the area on 9/2/2022, and were joined by two Smokejumpers from Missoula on 9/6/2022. As of 09/05/2022, they have completed structure protection operations by installing sprinklers and wrapping buildings at the Danaher Administrative Site.

Weather Concerns
Cooler temperatures and chances of precipitation forecasted to begin Sunday, 09/18/2022 and through the week.