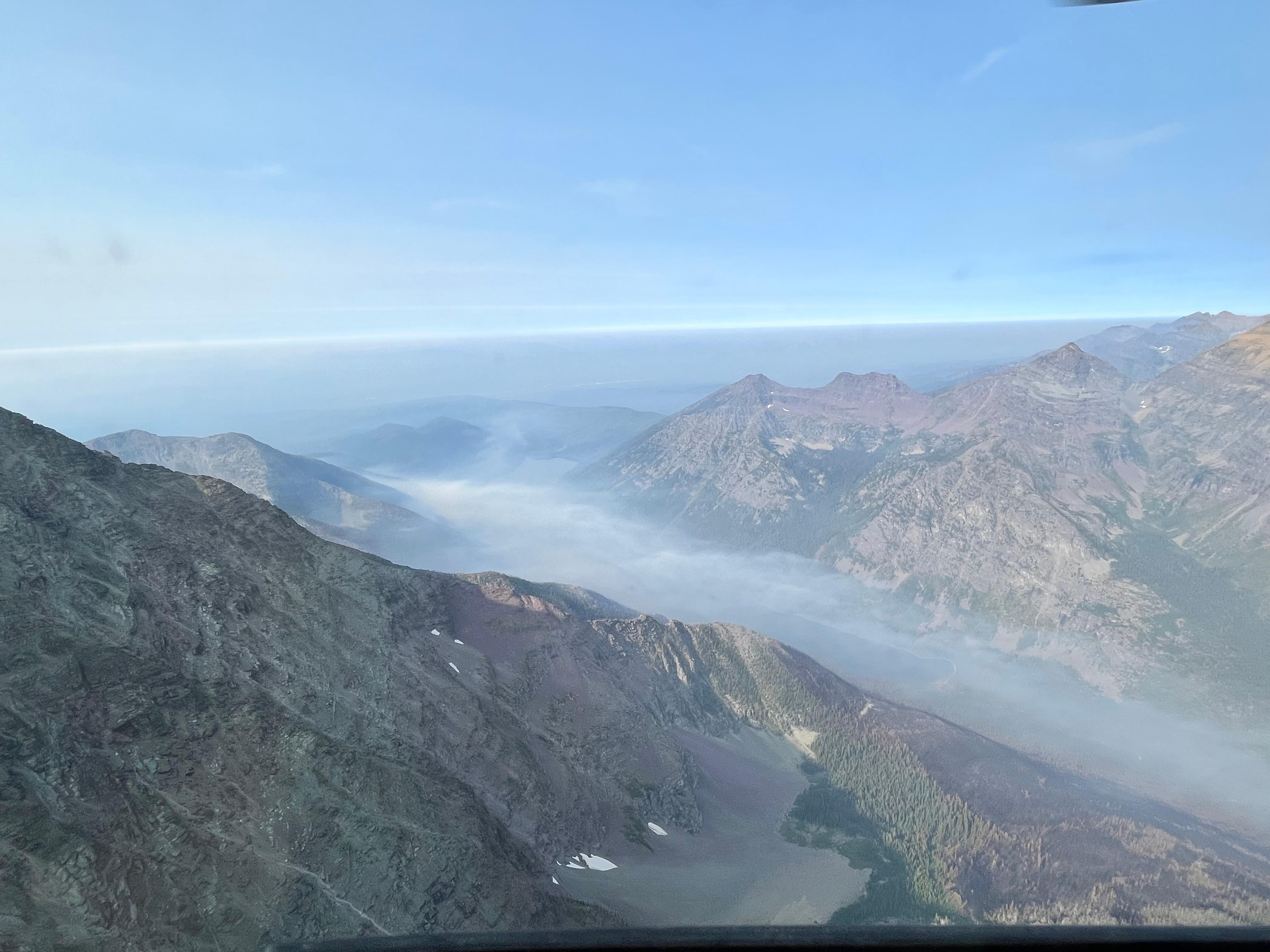 The Cyclone Lookout detected the Quartz Fire in Glacier National Park on August 14. The fire is located west of the Continental Divide in the Quartz Creek drainage below Vulture Peak. The fire is burning in steep terrain in subalpine fir and brush south of Quartz Lake.

Since the fire was detected, it has grown to over 1900 acres. Much of that growth occurred August 17th through 19th. The fire received over ¾” of rain the week of August 22, which limited fire activity and growth.

Fire behavior increased September 7th with the passage of a strong cold front, with uphill runs and group tree torching. Conditions abated on September 8th with cooler temperatures and higher humidity levels. The fire is creeping and smoldering, consuming dead and down fuels, with occasional single tree torching. The fire remains in the Quartz Lake Basin.

A Type 4 incident management organization will take command of the Quartz Fire on Saturday, September 17. This will be the last update unless significant activity occurs.

Aerial observations of the fire show a mixed severity burn pattern, meaning that areas within the fire perimeter burned at different intensities. The Quartz Fire so far has resulted in some understory burning in less intense areas, and other areas with a higher burn intensity where most of the mature trees were burned.