Inciweb information was updated: 3 weeks ago 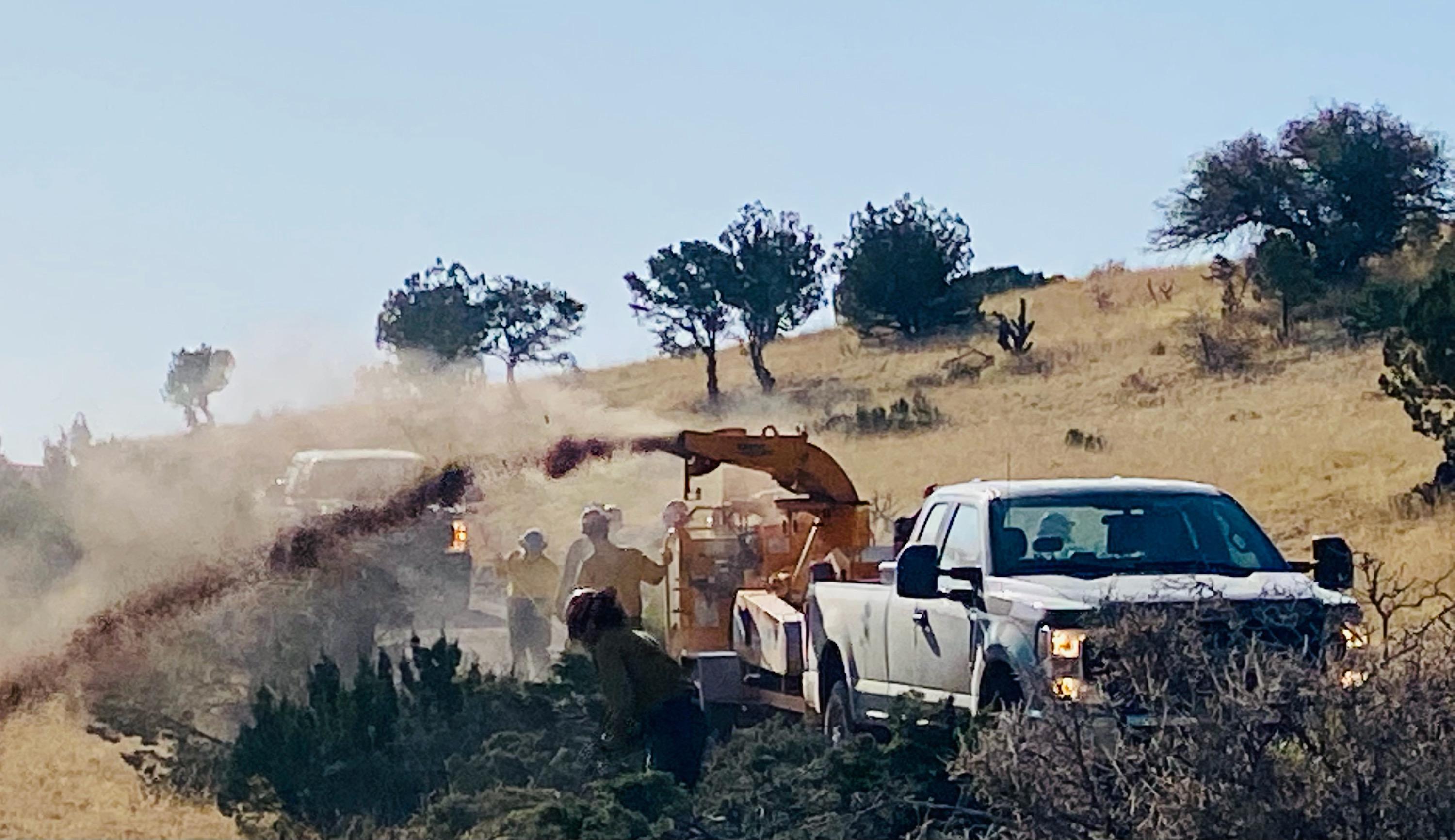 On May 3, the Albuquerque Zone Type 3 Team assumed command of the fire. The Southwest Type 2 Incident Management Team 4 transitioned with the previous team May 14. California Incident Management Team 10 accepted transfer of command of the fire May 24. The strategy for the Bear Trap Fire is to fully suppress the fire while protecting valuable resources in the area, including natural and cultural resources and infrastructure. Crews have been successful in limiting fire spread to the north, east, and west along previous prescribed fire scars. Minimal fire activity remains along the southern flank in unburned pockets of vegetation and lingering hot spots as crews continue to mop up and patrol. At this time, the fire is not a threat to any communities, and there are no evacuations in effect. Suppression repair has begun in all areas of the fire in an effort to return the landscape as close to natural as possible where suppression activities have occurred.

Closures: The Cibola National Forest and National Grasslands (NF & NGs) have issued a fire area closure, road and trails closure to protect public health and safety during fire operations on the Bear Trap Fire. The full closure order (No. 03-0726) and map are available at https://www.fs.usda.gov/alerts/cibola/alerts-notices.

Restrictions: Based on high fire danger and severe fire weather conditions, the Cibola NF & NGs implemented Stage 2 Fire Restrictions on the mountain districts, including the Magdalena Ranger District. The full order (No. 03-0724) and map are available at https://www.fs.usda.gov/alerts/cibola/alerts-notices.

Safety: The health and safety of firefighters and the public are always the first priority. Members of the public should stay away from Bear Trap Fire operations. A temporary flight restriction (TFR) is in place over the area, which includes unmanned aircraft, or drones. More information on the dangers drones pose to wildland firefighting aircraft and personnel on the ground can be found at: https://www.nifc.gov/drones/.

Smoke: Smoke from the Bear Trap Fire and other nearby fires may be visible in the surrounding areas of Alamo, Datil, Magdalena, Socorro, Winston and San Antonio, NM. Smoke-sensitive individuals and people with respiratory problems or heart disease are encouraged to take precautionary measures. Information on air quality and protecting your health can be found at the New Mexico Department of Health Environmental Public Health Tracking website: nmtracking.org. An interactive smoke map at https://fire.airnow.gov/ allows you to zoom into your area to see the latest smoke conditions.

To easily view items in the below categories while using a cell phone, simply click on the word.