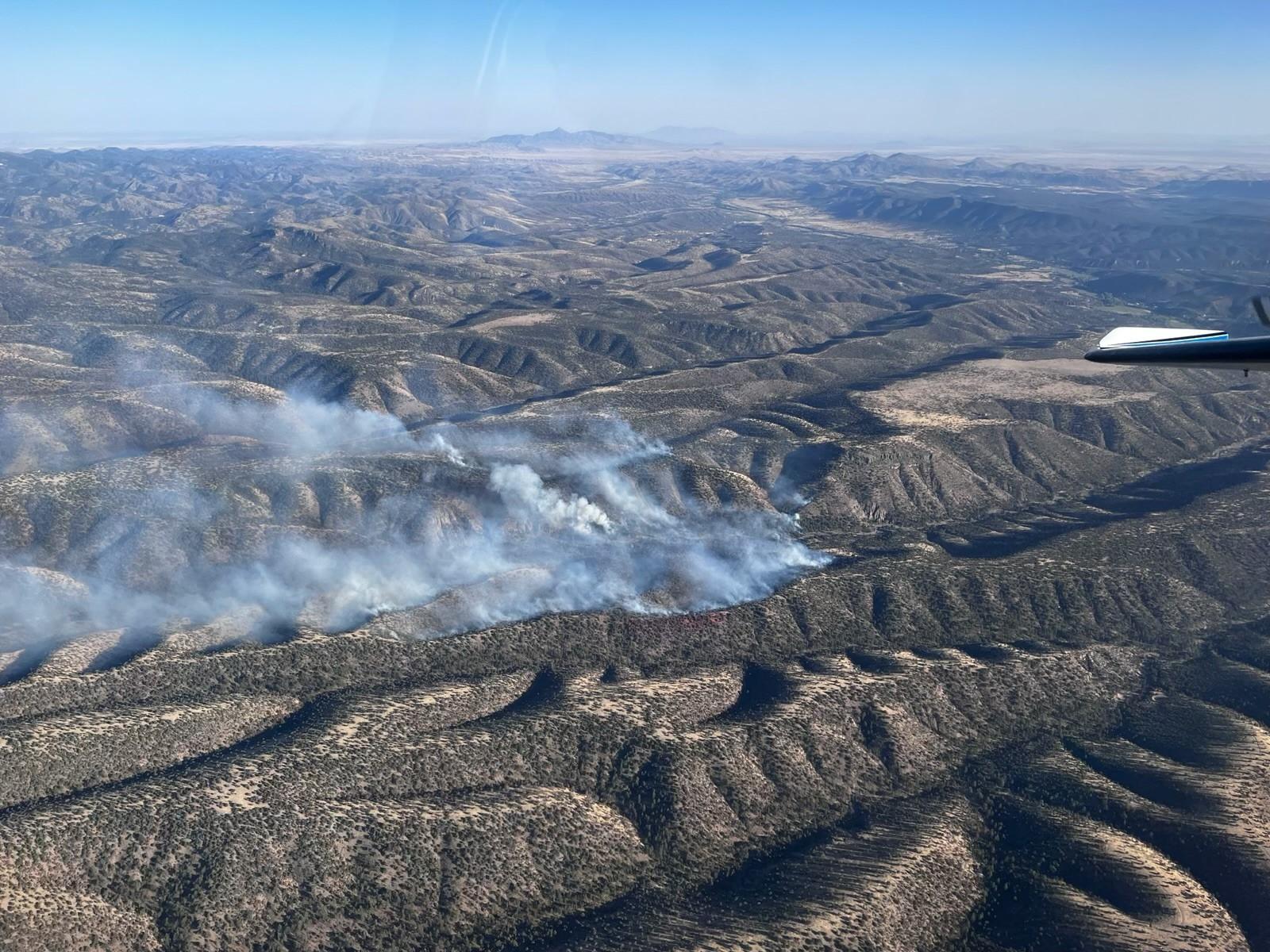 Today's update - May 2, 2022 - will be the FINAL UPDATE for the Water Fire unless there is a significant change to report.

The Water Fire was detected on April 28th at 2:30 in the afternoon. It is on the Gila National Forest and is located about 3 miles east of the Wilderness Ranger Station and 6 miles north of Mimbres, NM. The area that the fire is burning in has minimal road access, however ground forces are being staged at strategic locations as the fire slowly progresses up East Canyon. Winds out of the southwest, accompanied by hot, dry weather, and drought-stressed vegetation (heavy to moderate loads of dead, dry grass with Piñon Juniper trees scattered throughout the area). On April 28th, when the fire was detected, aerial resources were committed to the incident and have been the primary resource for reconnaissance and suppression tactics. Air tankers were utilized to help hinder the fire's growth by strategically dropping fire retardant, so that it would slow the fire's spread.

A reconnaissance flight on April 29th confirmed the success of the retardant drops coupled with the fireline that ground crews constructed along an existing dirt road near the west flank of the fire. These efforts played a critical role in minimizing the fire's spread. As of May 2nd, the operations had downsized to 6 Engines, 3 Helicopters and 2 Crews for a total of 73 personnel. Crews have been working hard to secure the heel and head of the fire with good success. The west side is secured by a two-track road and so far, that line is holding.  The east side is steep and rocky with very sparse vegetation. Currently, the fire is demonstrating minimal fire behavior, which is mostly smoldering.

At 60% containment, ground forces, including engines and hand crews will continue their efforts to increase the percent of containment. The Type 3 Team is planning to transition to a Type 4 organization by Tuesday, May 3rd.

Total Personnel
73
Size (Acres)
520
Containment
75%
Estimated Containment
Friday, May 6, 2022 12:00 AM MDT
Fuels Involved
Tall grass, Timber and Brush. Fire is burning in tall grass and Pinon Juniper with pine stringers in the bottoms of the drainages.
Significant Events
Fire behavior is described as moderate, backing and creeping with wind-driven runs.

Planned Actions
Continue work to secure the East and SE edges of the fire to limit its spread and minimize the potential for a long-duration event. Implementation of planned actions will help minimize long-term impacts to the community of Mimbres.
Projected Incident Activity
12 hours-72 hours: Continued spread up East Canyon towards historical site and into more volatile fuels which would result in a longer duration event, as well as backing to the south towards private property.