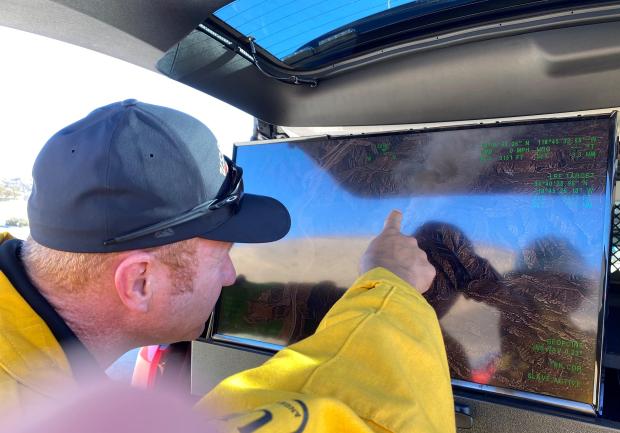 The Route Fire started on September 11th at 3:54 P.M. The fire is located near the near I-5 freeway, one mile south of the Templin Hwy.  The fire burned in brush and chaparral with a moderate rate of spread and quickly jumped Interstate 5 prompting the California Highway Patrol to shut the interstate down in both directions.   Later in the evening as the threat to motorists was reduced, Caltrans and the California Highway Patrol were able to gradually open lanes to motorists and interstate commerce.

The fire was declared fully contained on September 17th.

Firefighters continue to monitor for smoldering vegetation within the fire perimeter.

The fire is currently being managed by fire officials on the Emigrant Fire.

Planned Actions:
Continue to monitor for any fire activity within the completed fireline.