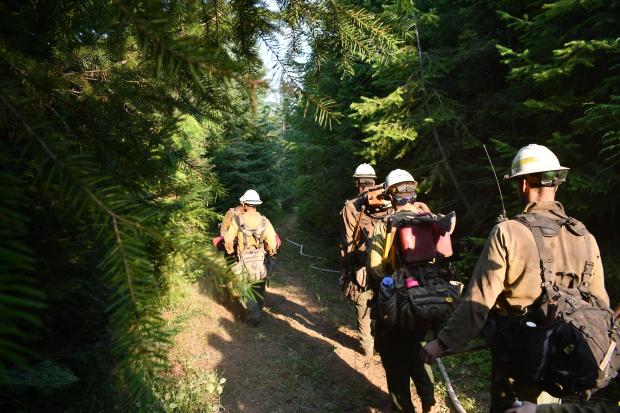 In early July, a thunderstorm system moved through the north-central Idaho bringing lots of lightning and very little precipitation. These thunderstorms resulted in numerous wildfire starts on the Nez Perce-Clearwater National Forests and the surrounding areas. The U.S. Forest Service, Idaho Department of Lands, Clearwater-Potlatch Timber Protective Association, Nez Perce Tribe, the Incident Management Teams and the Bureau of Land Management, are working together to prioritize resources between wildfires based on immediate threats to life and property.

As of July 23, the Nez Perce-Clearwater National Forest has 37 wildfire incidents. Of these, six are considered contained, 20 in extended attack, nine are being monitored and two under initial attack.

Across the Grangeville Interagency Dispatch Zone, which includes the Nez Perce-Clearwater National Forest, there are 84 wildfire incidents and six large priority fires. Twenty of the incidents are considered contained, four in control status, 48 in extended attack, ten are being evaluated for further action and two initial attacks.

The large priority fires are: