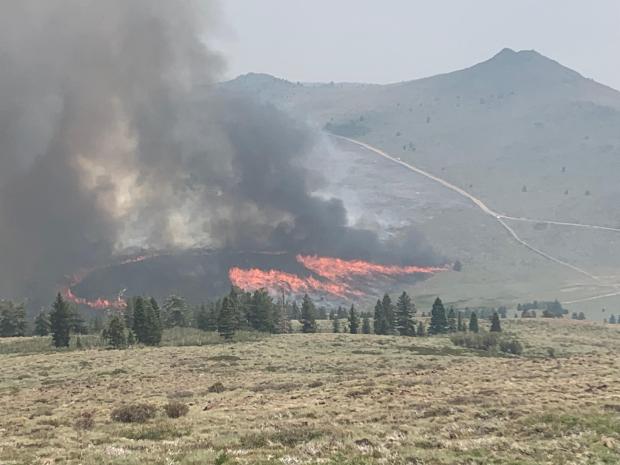 The Tamarack Fire on the Humboldt-Toiyabe National Forest’s Carson Ranger District near Markleeville, California, has been declared 100 percent controlled. The fire reached this milestone after steady precipitation over the weekend provided much needed moisture to the fire area.

The fire was reported on July 4, 2021 and burned 68,637 acres. Approximately 82 percent of the Tamarack Fire had been contained since late August. The remaining 18 percent was in extremely rugged terrain and being actively managed for confinement using natural barriers until a season ending weather event occurred. Repair and rehabilitation work related to the Tamarack Fire will continue for quite a while.

The Tamarack Fire Area Closure expires on Oct. 31, and though this will increase recreational opportunities, caution in the burned area is still advised. Posing no threat to containment, the public might still see smoke occasionally from large diameter trees and stump holes smoldering in the fire area. Other dangers include fire weakened hazard trees and loose rocks and debris on steep slopes. Sedimentation flows and increased runoff will pose a threat as well. It is important to note and heed signage warning of potential hazards.