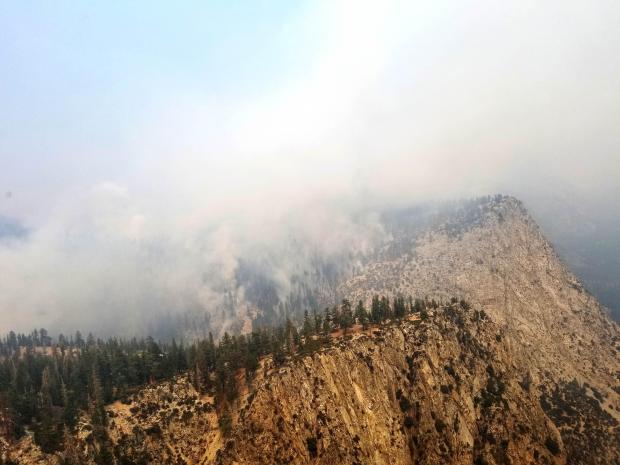 The Rattlesnake Fire was discovered on August 16 after substantial lightning occurred over the area. It is located within the Sequoia and Kings Canyon Wilderness in the Rattlesnake Creek drainage.

The fire is burning in steep inaccessible terrain with sparse ground fuels and pockets of dead and down trees. While the size of the fire has increased, as it is moving through the Rattlesnake Creek drainage, there are no current threats to life or property.

The park is using a confine and contain full-suppression strategy utilizing natural rock features, existing trails, and other natural barriers as containment lines. Not only does this limit exposure to firefighters and minimizes impacts in the wilderness, it allows firefighting resources to be available to battle other wildfires across the area and state that have a greater threat to life and property.

The following area is temporarily closed to all individuals except firefighters and overhead personnel assigned to the Rattlesnake wildfire, or other individuals approved by the incident commander:

The park is working with the San Joaquin Valley Air Pollution Control District. Smoke will be visible near and from high-country vistas. Smoke from regional wildfires in the state of California may also affect visibility over the area.