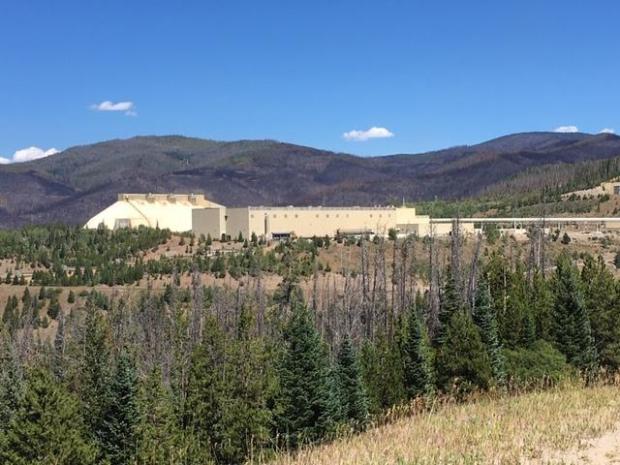 The Williams Fork Fire, seven miles southwest of Fraser, Colorado, started near the Henderson Mill on August 14th and quickly grew due to high winds, steep slopes, and dense fuels.

Working with long term fire behavior analysts, foresters and other natural resource specialists, Williams Fork firefighters successfully contained the southwest flank along County Roads 3 and 30, and the Williams Fork River, preventing damage to the Henderson Mill. On the north and east flanks, firefighters improved roads and other natural features to create defensive lines to protect the communities of Fraser, Tabernash, and Winter Park.

Recent cool temperatures and snow have resulted in minimal fire behavior, and have reduced the chance for fire growth. However, as temperatures fluctuate, the public should expect to see smoke from within the fire area as pockets of fuel continue to burn. The fire is expected to burn until sustained wetting rain or snow extinguishes it.

There are no evacuation orders or pre-evacuation notices in effect as of September 9, 2020. However, the Grand County Sheriff’s Office encourages all residents to be prepared for future emergencies, by signing up to receive emergency notifications for CodeRed alerts.

The fire is burning within Game Management Unit 28. Hunters holding licenses in game management units impacted by the fire may be able to request a refund and reinstatement of preference points used to draw the license. For updated hunting from Colorado Parks and Wildlife, visit cpw.state.co.us.

The Fire is under investigation

Trained fire investigators have determined that the Williams Fork Fire started by human activity, but the specific cause is not yet known.

If the public has any information, images or video of the area that may be helpful to the investigation, please email them to SM.FS.usfsarp@usda.gov.  Information can also be shared by calling 307-745-2392, selecting option 5, and leaving a name and phone number so law enforcement can return the call.

Investigating wildland fires is a legal process that requires the fire cause to remain confidential until the process is complete.

Primary driver of fire behavior is the lodgepole-spruce-fir stands that have heavy mortality. These stands have abundant lofted dead fuels, and an understory of young conifers. The other primary fuel is mostly intact dense spruce-fir stands with little mortality.
Significant Events:
Minimal
Isolated torching
Backing
Creeping

Weather Concerns:
Dry air is expected to remain over the area Thursday, with minimum relative humidities in the upper teens around the fire. No precipitation is expected. Westerly surface winds in the afternoon
will be a little stronger than Wednesday, at 10-15 mph. Only poor to moderate humidity recoveries are expected overnight Thursday night. Dry weather is expected to continue through the end of the week. Near critical fire conditions are expected Friday as westerly winds strengthen. Minimum humidity values will remain in the
upper teens.